How Is Technology Impacting the Future of Healthcare? 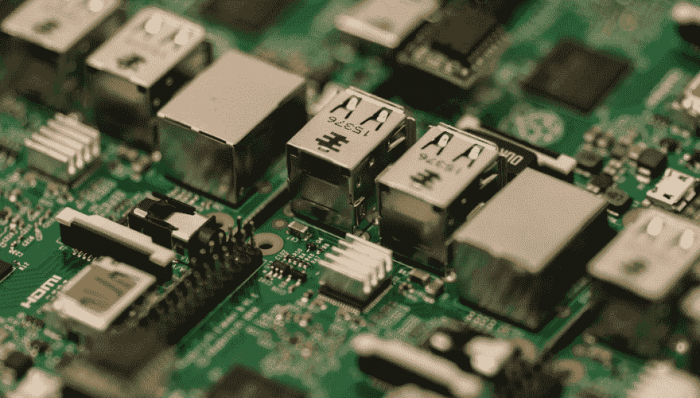 Technology continues to improve across the board. In nearly every industry, the advancement of technology has lead to the improvement of services and productivity of employees. This includes the healthcare industry. The latest technological trends improve medical performance during surgery all while allowing for the easy sharing of information across the board. While technology will continue to impact the future of healthcare, here are a few ways tech is influencing the industry today.

The more experience medical students have within the industry the better prepared they are for roles within the healthcare field. However, real-world experience doesn't generally come until making rounds within hospitals and other facilities toward the latter portion of a student's education. The problem here is that, according to Get Referral MD, the United States alone needs 96,000 more doctors just to meet the current needs within the industry, so universities are not training enough, fast enough. To help improve training, schools are now beginning to turn to augmented reality, which is the placement of computerized information into a real-world setting. 2D textbooks of 3D scans only provide so much learning material for students. With the latest augmented reality technology, data from both MRI and CT scans create 3D holographic images, which allows teachers and students to interact and manipulate with organs and tissues in real space.

According to Goldman Sachs Global Investment Research and reported by Profit Confidential, augmented and virtual reality within the healthcare industry will continue to increase in both development and value. By 2025 virtual and augmented reality industries will remain heavily in favor of the video game industry, as this sector will push to $11.6 billion in total sales. However, healthcare will stand as the second largest user of VR and AR-based hardware and devices at $5.1 billion, which will make the industry makeup larger than both engineering and military investments. 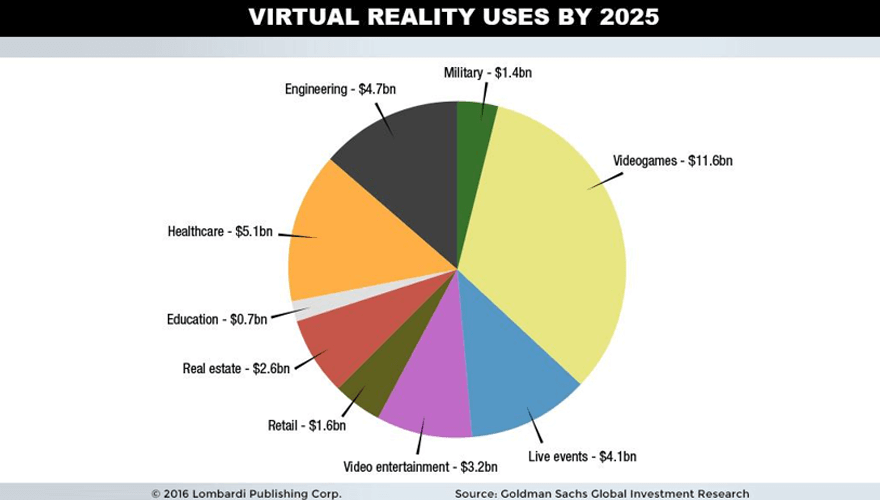 Beyond the improvement in medical training and performance during medical procedures, likely the most important technological impact on the future of healthcare lies behind the scenes, with big data. There is not enough time in each day for medical professionals, such as doctors, to spend reading up on the latest technological changes or to stay up to date on patient guidelines. This is partially due to the significant lack of qualified medical professionals on staff, to begin with.

However, as IBM Watson Health (2016) reports, while the United States spends the most money on healthcare in the world, in terms of quality of care, it ranks 37th. Additionally, physicians read published medical journals, on average, less than five hours per month, when in reality they should read 21.7 hours per month in order to meet patient care guidelines. Plus, $585 billion is wasted annually due to error-prone and inefficiently delivered medical services. All of this though can be corrected and changes, with the help of cognitive computers.

The amount of data in the healthcare industry is massive and continues to grow. As of this writing, (February 2018), the industry has over 150 exabytes worth of data. If all information were burned onto data DVDs, the stack of DVDs would stretch between Earth and Mars (Get Referral MD). The amount of data will continue to increase as well as it pushes into the yottabyte amount of data (a yottabyte is a quadrillion gigabytes). As large cloud computer systems continue to evolve, it allows for easier access to all medical information, which will make it easier to identify not only medical conditions faster but identify the best course of action as well. Currently, 80% of all healthcare data is unstructured. As IBM Watson Health indicates, as this information becomes structured and uploading to cloud services, the amount of time and money spent on errors and inefficiently delivered services will rapidly decline. 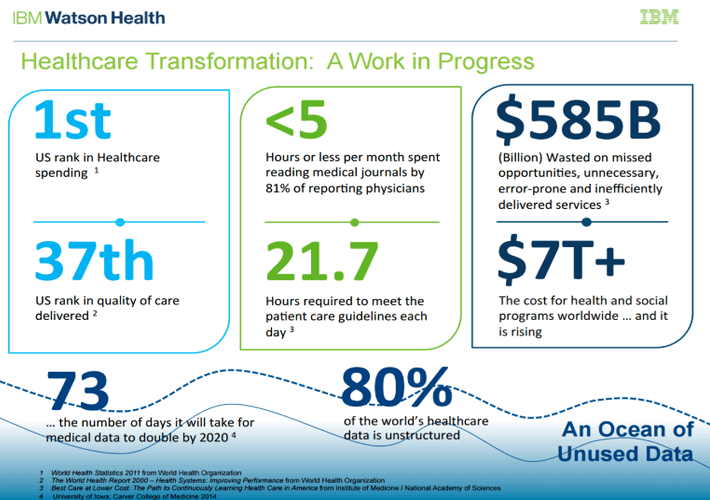 Robotics is increasingly becoming a reality within the healthcare industry. This goes not only for robotics during surgery but for routine checkups as well. With the lack of qualified medical professionals, having robotic systems in place to perform checkups will help free up time for doctors and nurses to focus elsewhere.

According to the Children’s National Medical Center Science Translational Medicine, supervised autonomous robots can perform soft-tissue surgery better than humans, as robots do not have the same muscle twitches even the steadiest human hands experience.

Robotics within the healthcare industry in aging communities is proving more necessary now than ever before due to the greater need for medical professionals on hand. According to the Nikkei Asian Review, Asia’s senior population is set to hit nearly one billion by 2025. When this happens, it will be the oldest region in the world. In order to provide enough medical care for the aging region, automation implementation is a must. It is why the region is currently looking at transitioning over 25 percent of all nursing assistant, physical therapist and other hospital jobs over to robotic automation, simply to keep up with growing demands.

The Internet of Things has seen a drastic increase in utilization in recent years in virtually every industry like construction. Everything from smartwatches to light bulbs now connects to a wireless Internet signal, allowing a user to control and monitor nearly everything in his or her life. This has pushed into varying industries, including the healthcare industry.

IoT may have the most immediately felt impact on most patients. In fact, many individuals currently partake in medical based IoT devices without even knowing it. Fitness bands, such as FitBit and the Apple Watch provide an assortment of vital sign information and records, all of which are helpful in later medical testing and treatment. Other IoT devices including insulin pumps, pacemakers and fetal monitors that connect to the Internet fall under the category of IoT equipment. According to Rapidops, IoT will help improve not just operational enhancements within the industry but patient care and collaboration between organizations. 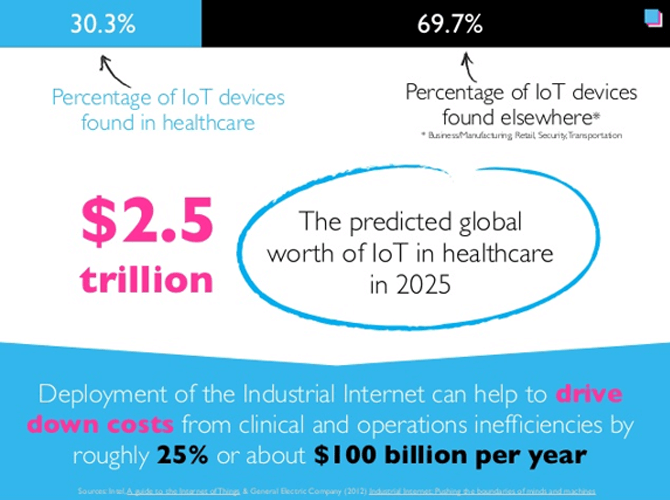 Finding the right medical professional for a specific job use to take months, if not longer. Filling positions, especially high-profile positions, required experienced headhunters to go out and sift through local and regional resumes, just to pinpoint someone who may fit the given job title. Even then, the ability to cross-reference and investigate information listed on a resume proved difficult and time-consuming. Now, however, technology has made posting and applying for healthcare jobs easier than ever before.

According to The Undercover Recruiter, Twitter has become a major outlet for posting current job openings, with links to the full job descriptions and requirements. This helps spread the word faster for in-need positions. Additionally, other social media services such as LinkedIn and Facebook help healthcare facilities publish new job listings while, at the sale time, allow job seekers the ability to search for positions within the given companies. All of this has significantly improved job placement time while reducing the difficulty of checking references listed on resumes. 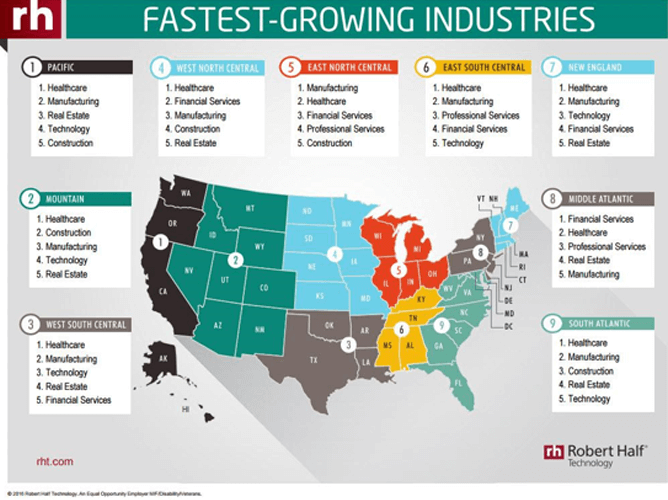 The technological advancements within the healthcare industry continue to improve the way services are rendered to patients. From reducing side effects of surgery to allowing medical professionals easier access to patient records, the healthcare industry continues to take advantage of improvements within the tech world, and there is no indication technology impact will slow down anytime soon.

Rizvan Ullah is the marketing director at CareerCrawlers.com. We believe you are entitled to receive the best training possible. We’ve made it our mission to provide an affordable solution to everyone and offer popular study guides and exams i.e. CNA Practice Test and The EMT Practice Test.