Most Technology-Savvy Hospitals in the U.S. 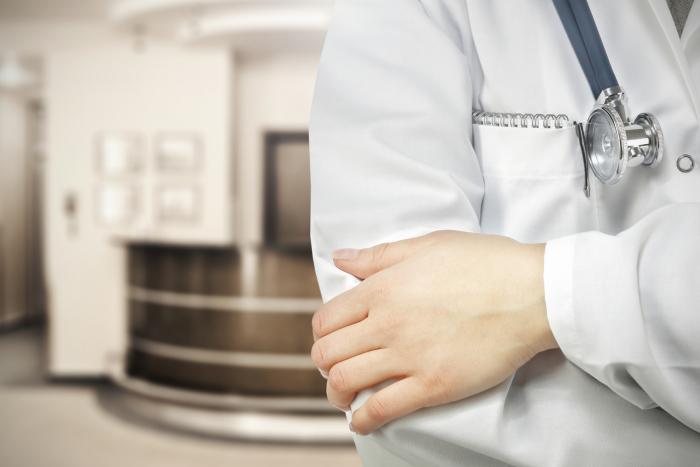 Hospitals are truly special places. Anywhere in the world, hospitals are essentially considered sacred ground. Even in open war, attacking a hospital is against just about every international law ever written.

Health is the most important resource we have. Many of the best and brightest minds around the planet are working on improving medical technology to fight disease and save lives.

Many of us always dreamed of working in one of the more technology-savvy hospitals. If that describes you, check out this list we made of the most high-tech hospitals in the country.

Pushing the Limits of Modern Medicine

Performing any medicine in any setting, including primary care in rural clinics, is worthy of appreciation. The knowledge that doctors and nurses apply to treat patients comes from the never-ending work of researchers and other scientists.

Surgeons are capable of performing life-saving surgeries that require extremely modern technology. Cancer treatment is better than ever.

Ideally, all hospitals also serve as centers of education. However, there are some hospitals today that stand. They utilize groundbreaking technology that most of us might not even be familiar with.

The History of Healthcare Technology

Since the dawn of humanity, we have to drive to try and understand the world around us and improve our existence.

Most of us would agree that having good health, living without pain, and being able to enjoy our loved one is so important to our happiness and quality of life. Perhaps that is why we have always placed such an emphasis on improving health.

Ever since prehistoric times, some of the finest minds have focused on medicine. The Ancient Egyptians conducted medical research on which they founded medical texts such as the Ebers Papyrus.

The Great Minds of Medical Innovation

Throughout history, there have been several scientists who advanced medicine that would change its practice for hundreds of years.

Persian polymath Avicenna wrote The Canon of Medicine in 1025 that would be used to teach European medical students for hundreds of years. Later Louis Pasteur and other scientists in Europe would finally demonstrate the infectious causes of many diseases.

Great minds working together solved many of the problems faced in medicine. We can see just how important hospitals are for the advancement of medical technology.

The History of Hospitals

The concept of hospitals doesn't go quite far back into ancient times. The earliest known precursors to today's hospitals were built in Greece and Rome.

Many of these early hospitals were strictly for military personnel. Other places where ancient hospitals were discovered include India and Sri Lanka.

In medieval times, the cities of Baghdad and Damascus had several hospitals that boasted the latest technology available. Hospitals built during these times in Europe and Egypt were heavily influenced by the church and that is evident in their architecture. This continues to this day in many hospitals.

The Most Technology-Savvy Hospitals in the Country

Today, many of the world's top hospitals can be found in the United States. The greatest and most talented minds from all over come to work and create breakthroughs in medical tech.

It is truly great to be able to work in a place where technology is a priority. Even for employees not directly involved in research, being able to work in a scientifically advanced hospital is inspiring nonetheless.

Have you ever wonder which are the most modern hospitals in America? Here is our list of the most technological-savvy hospitals in the nation.

Founded in 1961, El Camino Hospital was created with the expectation to be a showcase of the latest in healthcare technology. The emphasis on innovation was only natural given that Mountain View is located in the heart of Silicon Valley.

Ever since 1971, it began a partnership with Lockheed, a highly influential tech company. This allows them to be the first hospital with access to the latest technologies. After all, they are essentially located just down the street.

Robotic radiosurgery sounds like something straight out of a science fiction book. However, Cyberknife is very real and it saves lives.

It is a completely robotic radiation delivery system. Certain cancers and other conditions require radiotherapy. This robot can deliver radiation with better precision than even the most talented surgeons.

Kaiser Permanente is a large health care consortium that was originally based in Oakland, California. Since it's founding in 1945, it has become synonymous with advanced and integrative health care, especially on the west coast.

They have always been dedicated to providing the best possible care to their patients. They also provided thousands of high-paying jobs.

Also, they put much emphasis on expanding their reach to provide care for those who lack it. They now have hospitals in several states, including Colorado and Hawaii.

Leading The Way in Green Medicine

Kaiser Permanente has declared its commitment to practice sustainable medicine that is as friendly to their environment as possible. They recognize the impact that climate change and pollution have our ecosystems.

Part of this effort is their use of medical equipment that are ethically made. For example, they do not use IV equipment made of PVC and DEHP (both known to be toxic) like most hospitals.

As we mentioned, they have a large network of hospitals across the country. There are many opportunities for medical professionals who value technology and sustainability.

The northeastern region of the United States is home to several of the world's top hospitals. Penn Medicine, formally known as the University of Pennsylvania Health System, is certainly one of them.

They are perennial winners of Health Care's Most Wired Award given each year to the hospital that most stands out in the way of technology and innovation.

Healthcare professionals are often dependent on scientists and researchers in various fields in order to solve problems in health care. However, it can be difficult to get things done if physicians can't connect with other scientists.

Penn Health-Tech is an education and research center constructed in 2017. It serves as a place where the brightest minds representing the Perelman School of Medicine and the School of Engineering and Applied Sciences.

By mutual collaboration, they can identify where improvements to standard care can be made and find real solutions.

Founded in 1811, Mass General Hospital (MGH) is one of the oldest and most important hospitals in the history of the United States. Thirteen different Nobel Laureates have worked at MGH at some point.

Their emphasis on pushing the envelope of medical technology is nothing new. In 1962, a crack team of 12 surgeons led by Dr. Donald A. Malt performed the first successful limb replantation.

12-year-old Everett Knowles was hopping trains in Somerville, MA when his arm was ripped clean off. Incredibly, he regained relatively complete use of his arm with a couple of years.

The hospital continues to be a center for research and innovation to this day. MGH has an annual research budget of just over one billion dollars. In fact, it is the largest hospital-research program in the world.

The Center for Integration of Medicine and Innovative Technology (CIMIT) is where they develop the future of health care. They work directly with many of the finest academic minds around the world.

Year after year, they rank among the top hospitals in the country. They are also ranked really highly as a good place to work.

The Mayo Clinic was found in 1881 in Rochester, Minnesota. Since then, it has grown into the largest not-for-profit health care organization in the world.

They have since built hospitals and other research facilities around the world. They worked with Northern Arizona University's football team for concussion research.

They use a specialized V-Go robot that allowed real-time assessments from specialists in remote locations.

Palomar is one of the newest major hospitals in the country. It was constructed in 2012. However, it was dubbed as the 'billion-dollar hospital of the future'

With this type of promise, it has been really exciting to see how this hospital continues to surpass expectations.

The president of Palomar Health refers to the hospital as "a living lab". When you enter the building, you might feel like you know you are stepping into a future time.

Forget filling out endless paperwork every time you go to the hospital. At Palomar, they use a biometric registration camera that remembers your health info for easy identification.

They have the latest medical equipment with wireless capabilities. They protect their health care workers by employing a 'robotic room' that disinfects the equipment using ultraviolet radiation.

The name, John Hopkins, is immediately associated with medical excellence around the world. It consistently ranks among the top hospitals in the country.

It was founded in 1889 and continues to grow to the day. It's has grown to include over 20 buildings on its campus. They perform many of the most innovative surgeries and procedures using the latest technology.

In fact, the John Hopkins Medicine Technology Innovation Center employs many of the world's top scientists. They work tirelessly to solve the challenges we face and, as their website puts it, "reimagine health care and deliver the promise of medicine".

The folks at John Hopkins aren't the type to sit on their laurels. In 2012, they opened two state-of-the-art medical centers, the Sheikh Zayed Cardiovascular and Critical Care Tower and The Charlotte R. Bloomberg Children's Center.

At a combined cost of $1.1 billion, the two buildings were donated by Sheikh Khalifa bin Zayed Al Nahyan, the president of United Arabe Emirates (UAE) and Michael Bloomberg, respectively.

We love our children more than, well, life itself. So, it comes as no surprise that we gladly dedicate so much of our efforts to keeping them safe and healthy.

Here are some of the most important hospitals in pediatric technology.

They are a member of the St. Baldrick’s Foundation’s Stand Up to Cancer Pediatric Cancer Dream Team. The pediatric oncologists they employ are among the best in the country in treating complicated cases.

They are developing advancements in the treatment of neuroblastoma and brain tumors.

Better known as CHOP, they have long been at the forefront of treating childhood cancers. Particularly notable is their contribution to the treatment of acute lymphoblastic leukemia (ALL).

This cancer is painfully common in children. At CHOP, they developed a revolutionary CAR T-cell therapy.

The therapy uses a patient's own immune system to destroy cancer cells. It has had a significant impact on survival rates for ALL.

St. Jude's is a name that is synonymous with pediatric excellence. Not surprisingly, their hospitals are among the best of the best.

St. Jude's are leaders of technological innovation in the field of pediatrics. They analyze the complete genome of patients that are willing to enter the program to help study the genetic component of cancer.

They teamed with Microsoft and DNAnexus to create an amazing 'cloud' to share the genomic data of their patients with specialists. This allows them to create extremely personalized treatment regimens for each patient.

The Future of Medical Technology

There is no telling what the future holds for the future of health care. We have come such a long way but there are still so many mysteries to solve.

If you want to work in a fast-paced environment and be at the forefront of new tech, you consider a field in medical science.

Check out this blog for more articles about technology-savvy hospitals and jobs in health care.