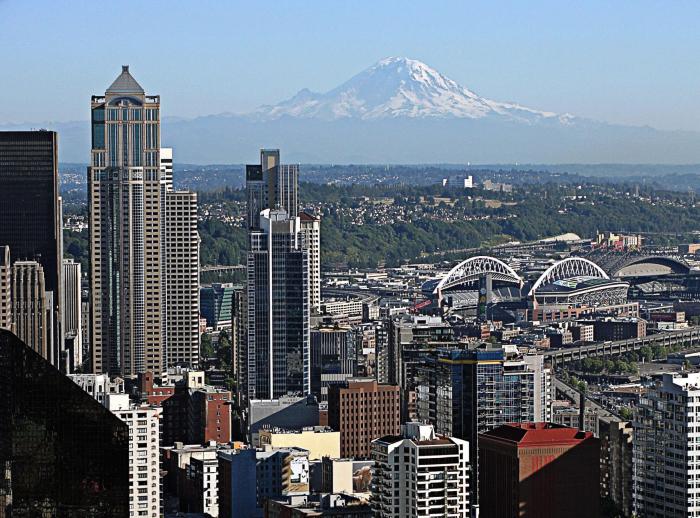 Moving to a city can be a great experience but did you know that the average household income in the United States is around $40,000? This may seem a bit tight when you're looking to move to a new city. If you're a healthcare professional looking to relocate don't start to panic just yet. We have outlined the highest paying cities in the United States so you can make the best decision. Keep reading below to see what cities made our list.

Portland has been a city on the rise for the past few years. It's a creative place that encourages the arts. If you want to move to a city that embraces its artistic side, then Portland is the right move.

The average salary in Portland is just under $60,000. Since you will be seeking a job in the medical profession, your salary will be above the average due to the demands of your position.

Portland has a population of just under 3 million people. This is perfect for people who want to live the city life without the crowds and at a cheaper cost.

The windy city makes our list because of its average salary of $50,000. This city is great for those looking to move to a city that's affordable and pays well, look no further than Chicago.

With a population of about 9 million, Chicago is crowded just like any other city in the United States. Since it's in the Midwest you will have to deal with brisk and windy winters.

The city offers great job benefits since it's home to a number of Fortune 500 corporations. Since healthcare is a job that is always high in demand, moving to Chicago will provide you with job opportunities as well as a decent income to make it in a city.

If you're looking to relocate to the Lone Star State, then you should consider moving to Houston, Texas. Houston is one of the top cities for healthcare professionals and it will keep your appetite at bay with their vast foodie culture.

After landing a job in Houston you will be making above the average salary of $51,000. The job market in Houston is great for those who are looking to change careers into the aerospace sector and oil and gas. Currently, Houston is home to 26 Fortune 500 companies, proving that it's one of the best high-income cities in the United States.

Santa Rosa, California is situated just 55 miles north of San Francisco. Santa Rosa is known as one of the premier wine country towns in California and has a population of about 500,000 people.

The average salaried income is around $50,000, making this one of the best paying cities in the United States. If living in Santa Rosa is something that interests you, you will love their forward-thinking ways and adapt to the beautiful scenery easily. The job market in Santa Rosa is perfect for healthcare professionals, winemakers, beer brewers, and farmers.

The city of Philadelphia is ideal for anyone pursuing a career in the medical sector or looking for a job in this career field. The city has well known and high renowned colleges and their hospitals are next to none.

Since healthcare is such a big part of Philadelphia's workforce, they offer competitive salaries to those who work in the field. This means you can expect your salary to be more than an average of $51,000.

With a population of a little over 6 million people, this city is bustling. If you're someone that wants to work in Philadelphia but doesn't want to live where the action is, try living in one of the cheaper suburbs that surround the city.

With a population of a little over 3 million people, Minneapolis is one of the biggest thriving cities in the Midwest. Known as the Twin Cities, Minneapolis has the amenities of a big city while keeping the western feel.

If heading out west is something that interests you, then Minneapolis may be your perfect city. Minneapolis is also great for those looking to continue or start their careers within the healthcare sectors.  Most jobs available in the city are science and healthcare-focused and come with a high salary.

Seattle is one of the best paying cities on our list. The average income for this U.S. city is around $63,000 a year.

Seattle isn't known for healthcare, but that doesn't mean it isn't in demand. Those working in the healthcare sector in Seattle can expect a salary around or above the average.

Also if you want to work in one of Seattle's surrounding suburbs the average remains the same. This means you can live for less and get away from the hustle and bustle of the city.

Worcester is considered a city but compared to the other cities on this list it's pretty small. If you want to live in an area that feels like a city but with a lower population, then Worcester is a perfect fit.

The average income in Worcester is around $52,000. Since the city has a lower population than others in the United States, the cost of living is generally cheaper too. This means more money for you to save and plan trips with after paying your bills.

The city has a population of 900,000 people. It's surrounded by rolling hills and 500 acres of parks. The city also has a dynamic healthcare sector that includes medical research universities, several hospitals.

This makes it great for anyone to pursue a career in the healthcare profession because you will have the universities and their knowledge at your disposal. It's even a great place to live for those who want to continue their medical education.

The state capital of California, Sacramento has become one of the ideal places to live within the state. They have a bustling job market in healthcare, construction, and technology.

When thinking about becoming a healthcare professional in Sacramento it's good to know that they are one of the highest paying cities in the United States. The average salary in Sacramento comes in at $60,000.

The only downside to living in Sacramento is the tourism. Sacramento relies heavily on tourism which can be nice or annoying for those who live within the city.

This city is also great for those who love to get outdoors. There are a number of parks and national parks surrounding the city. Sacramento even provides a fair share of green spaces so you can relax within the grass and trees in the middle of the city.

In the past few years, Baltimore has experienced a population boom thanks to Johns Hopkins University and the University of Maryland. These renowned schools continue to attract the attention of healthcare professionals and those pursuing a job within the healthcare sector.

Since Baltimore's population boom is due to their creditable medical institutions, it makes a great place to live for anyone in the healthcare sector. With a population of 2 million people, the city is an average size while maintaining the feel of an older city that has yet to be built up.

The average income of a resident in Baltimore is around $52,000. Since you are a healthcare professional you can count on your salary is above average in this medical centric city.

Washington, D.C. is a hub for politics, journalists, and those in healthcare. With is well known medical universities and hospitals, it's no surprise that Washington, D.C. made our list.

If you're looking for one of the highest paying cities in the United States, look no further than Washington, D.C. With an average income of $65,000, you can expect to be living comfortably.  If the city life isn't for you, then you can escape to the Virginia suburbs where living is cheaper and more quaint than the city.

Washington is a community-centric city. Each neighborhood has its own vibe and the locals love to mingle together. When looking to live in a city but you don't want to compromise the neighborhood feel, this is the perfect place for you.

Boston is America's melting pot of professionals. Boston attracts those who have just graduated from college, those who are seasoned in their careers, and even retirees. The city has an old-time feel thanks to all of its historical spots.

The average salary in Boston is $61,000. Working in the city as a healthcare professional can have you earning a bit above the average. This makes it one of the top-paying cities on our list.

New Haven is a small town situated next to the sea. As you already know, New Haven is home to Yale University which is one of the most prestigious institutions in the United States.

Healthcare is one of the top job markets in this seaboard town. The average salary is $55,000 which is decent pay when you get to look at the sea all day.

Of course, the downside to living in New Haven may be the college kids that mingle around. If living close to a university is okay with you, then consider moving to one of the top-paying cities in the state.

Denver has been experiencing a vast population boom that doesn't seem to be slowing down anytime soon. Moving to Denver will give you access to many mountains to hike and trails to walk.

With a population of a little over 2 million people, Denver is no small city. The average income is around $54,000 which can be a bit low for living within the city limits.

When looking to move to Colorado keep in mind that the healthcare sector is also booming along with the cannabis industry. You can expect your average income to be a bit higher making it easier to afford an apartment in Denver.

San Francisco is one of the most expensive cities to live in the United States, but their average income of $65,000 tries to make up for it. If you live in California or just want to relocate, San Francisco may be for you, especially if you're in the healthcare sector.

California is known for forward-thinking and their natural ways, this is also reflected in their healthcare industry. If natural healthcare interests you or you want to get a hands-on experience on how California is making waves in healthcare, it's not a bad idea to make the move.

Currently, San Francisco has a population of 4.5 million people. This is great for those who love to live in bustling cities. Like any other place in the United States, it's a good rule of thumb to assume that you will make above the average income since you're working in healthcare.

You Now Know Where the Highest Paying Cities Are

We have provided you with a list of the top 15 highest paying cities for healthcare professionals in the United States. Now it's time to decide if a bustling city like San Francisco is perfect for you or a small, quiet city like New Haven.