The Glass Ceiling in Healthcare 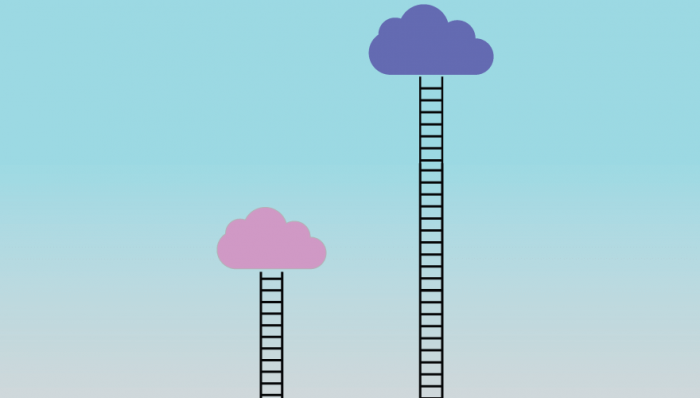 It's no surprise by now that women make less money than men--about .78 cents per every dollar a man makes.

What might be surprising is how far the disparity spreads through different career fields, especially in healthcare.

The Glass Ceiling - Unfair and Unbalanced

The most recent year for income data comes from the 2013 Bureau of Labor Statistics report that details wages by age, gender, ethnicity, and schooling. The Glass Ceiling stretches through every career field. While some jobs have a narrower pay disparity, many have wide money gaps between men and women.

On average women make .69 cents for every dollar a man makes in the field of healthcare, though 77% of hospital employees and 78% of healthcare workers are women. In the field of nursing, where women make up 90% of the population, they still make 18% less than men and get beat out for leadership roles and advancement. Pharmacists are the closest with only a 7% gap, but there is no reason for the disparity other than gender.

It begs the question of why are women getting paid less when there is seemingly no basis other than gender. Many women argue it's because of the male dominated atmosphere in the job market and subjective hiring processes that leave them out of the running due to outdated prejudices and paradigms.

While education helps to narrow the gap, it doesn't close it completely. Over half of medical school graduates are women, but they make up a small percentage of higher-level positions.

One in five executives are women and only 27% of women are on hospital boards and 34% are in leadership roles on medical teams. The majority of these women carry lower level titles and only 10 of them are CEOs.

33% of women believe being a female is disadvantageous to their career and to make it they have to act like a man to move up and be taken serious. But it is important to the movement that women act like women and receive promotion and benefit based on their credentials rather than how they are perceived in a male dominated club.

Women with the same education and experience are losing out to men just based on gender and perception. Single women with kids are more likely to be seen as easily distracted while a single man with kids is seen as responsible and committed. Many of these perceptions lead to the pay disparity and is why men physicians make on average 25-45% more than their women co-workers. Many male physicians and surgeons make 50,000 plus a year more than women, but have the same schooling and experience.

So, what can be done about this?

Many hospitals are trying to level the playing field by evaluating employees by overall contribution and patient care documentation. Men are becoming more transparent with their wages and speaking up for equality. At the same time, women are becoming more vocal and focusing a light on the situation and demanding equality. They are no longer sitting silent on the sidelines while their paychecks get docked because of their gender.

Since 1979, women have progressed in pay scale equality, but they are still not there. Much of it is due to the lack of diversity in the workplace. Organizations are starting to provide more advancement opportunities for women and are starting their efforts at the entry level.

Many women feel the hiring process is subjective and they simply aren't getting the opportunities unless they have connection or an established relationship. Creating an equal opportunity job environment help diversify organizations and enable qualified women to land hospital jobs they might be shut out of based on gender.

2015 was a good year for the battle to break the Glass Ceiling and end pay inequality. With social media coverage and easier means to organize, more people are coming together to speak out and demand equality.  Organizations are creating more visibility for their female workers and are trying to diversify to gain valuable insights they miss out on by not including the female voice.

Pay inequality is happening across the board, not just in healthcare. The recent open-letter from Jennifer Lawrence about pay inequality in acting, has opened the discussion once again. It opens the forum so women can be encouraged to stand up and speak out for their rights. Mentoring and career development programs are continuing to be established in hospitals and other industries to create role-models and supportive environments to increase advancement and success.

We reached an important step in exposing the problem.  The first way to fix a problem is to know about it. Now that the topic is on the table, a dialogue can be established to resolve conflict and generate an outcome that creates equality and provides equal workers equal pay.

Have a story about inequality? Share in the comments below!