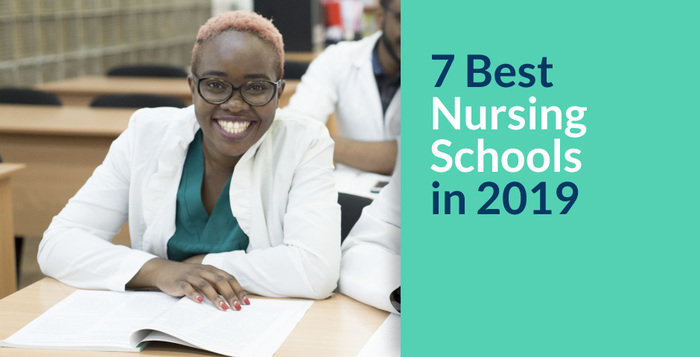 Many people find themselves wanting to go to college, but don't know what for. Others know what they want to be, but don't know which school is best. If you want to become a nurse then check out this list of affordable, accredited, esteemed, and overall best nursing schools that you should consider applying to.

We've looked at many lists and think that this summarizes the best schools for the money and education. We looked at NCLEX pass rates, tuition, and acceptance rates as the determining factors.

In the following article we will list what we believe to be the best nursing schools. If you're searching for a more specific listing, head over to Top Nursing and check out schools listed by state.

1. The University of Missouri Sinclair School of Nursing (SSON) 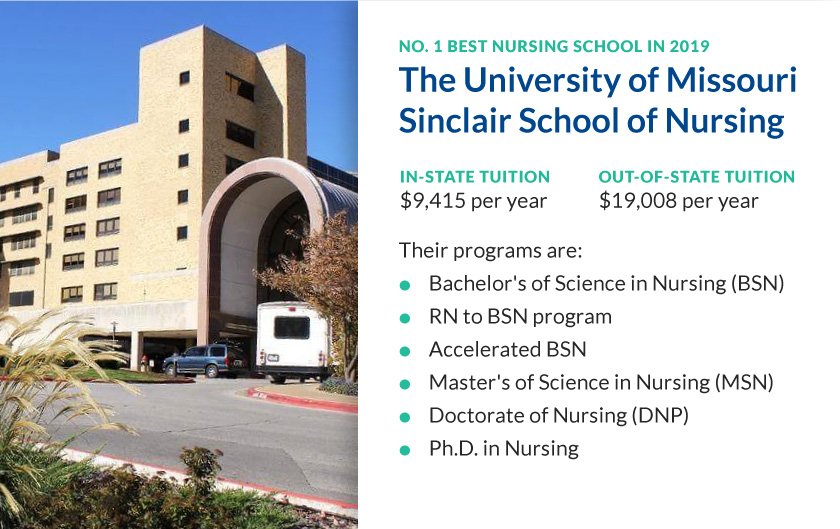 The SSON strives to be the best nursing school in the country. Their aim is to become a leader in teaching, research, scholarship, service, and entrepreneurship. SSON offers many nursing programs to meet the educational needs of most people. Their programs are: Bachelor's of Science in Nursing (BSN), RN to BSN program, Accelerated BSN, Master's of Science in Nursing (MSN), Doctorate of Nursing (DNP) and a Ph.D. in Nursing.

If you live in the state of Missouri, this is a very affordable school at only $9,415 for in-state tuition; if you live out of state and want to go here, you will have to pay $19,008 a year--which isn't too bad compared to other nursing schools.

What makes this school great is they have one of the best NCLEX pass rates in the country. Their student pass rate is 97 percent for first-time test takers, which exceeds the national average. Along with their great NCLEX pass rate, their acceptance and placement rates are awesome. The school has a 81.5% Acceptance Rate and out of those accepted that graduate, they have a job placement rate that ranges from 98% to 100%-- you are almost guaranteed a job if you graduate from here. 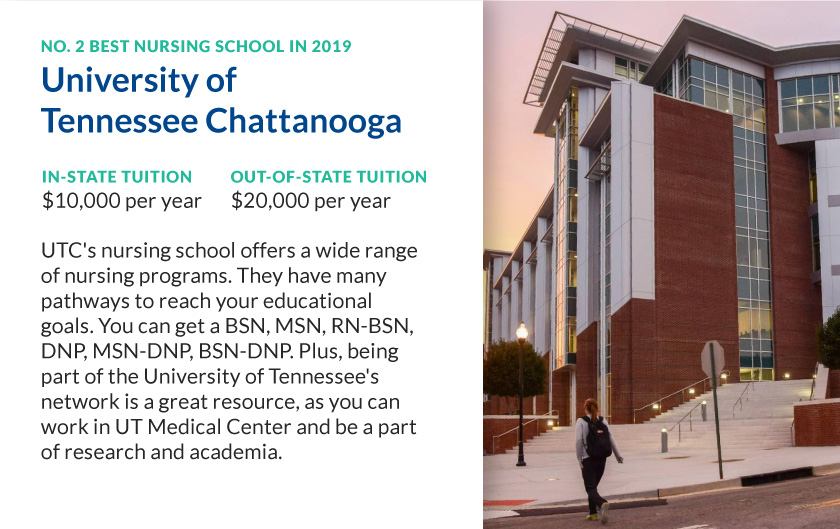 The University of Tennessee is climbing their way to being one of the top research universities in the country and already boast a few great programs. Among these programs, their nursing program is one of the best in the state and is a good pick if you're considering a nursing school with a great curriculum and a good price.

UTC's nursing school offers a wide range of nursing programs. They have many pathways to reach your educational goals. You can get a BSN, MSN, RN-BSN, DNP, MSN-DNP, BSN-DNP. Plus, being part of the University of Tennessee's network is a great resource, as you can work in UT Medical Center and be a part of research and academia.

Although tuition is rising, you can go to UTC if you live in Tennessee for about $10,000 a year. Of course where you live and food costs can make your stay cost more, but you could be frugal and get in under $10k. If you come from out of state, prepare to pay about $20,000 for a 24 credit hour year. UTC has a NCLEX board pass rate of 95% for first time takers and accepts 76.3% of those that apply-- as long as they meet requirements.

3. University of Utah College of Nursing 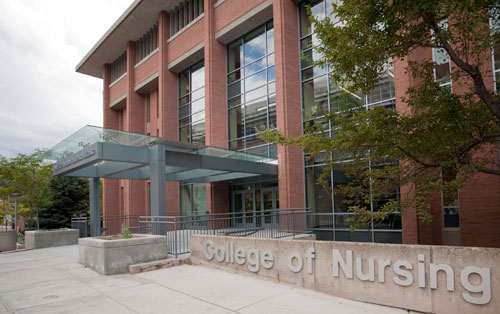 The University of Utah College of Nursing prides themselves on being leaders in nursing education, research, and clinical care. They offer a range of programs to suit a number of people and have traditional classes and online courses, so people from different backgrounds can receive a great education. Their programs consist of the following: BSN, RN-BSN program, MSN, DNP, and Ph.D. They also specialize in Gerontology, so you can become certified and specialized in Geriatric Nursing.

The University of Utah College of Nursing has a nice in-state tuition of $7,534 a year. If you live out of state you will have to pay $16,738, but is still very reasonable for the price of higher education these days.

Another awesome thing about this college is that 89% of their students pass the NCLEX the first time taking it, which is above the national pass rate for 2014 data. They also boast a 82.6% Acceptance Rate with their students having some of the highest GPAs, and they hold some of the best retention rates for nursing schools. 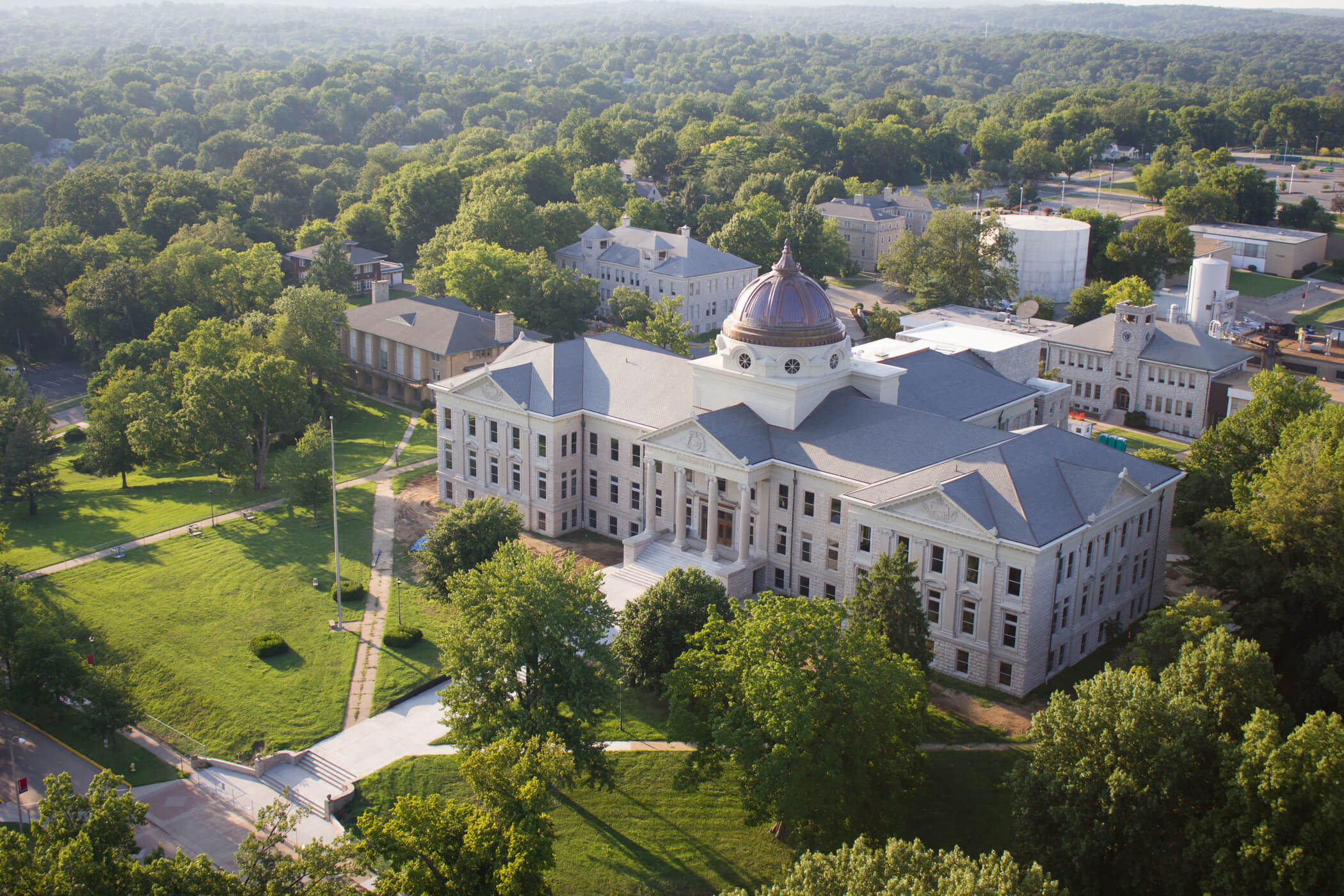 Southeast Missouri State University nursing program dedicates itself to educating nurses on the baccalaureate and masters levels to ensure a more educated nursing force. They have relatively young Bachelor's and Master's programs, one starting in 1973, and the other in the 1990s. They now offer a BSN program, a RN-BSN program, and a MSN program.

The in-state tuition is about $10,000 for the year 2019, which is about average for in-state       tuition. Of course, if you are out of state, you could probably double this number. One big highlight of this school is that they land among the top 5% of NCLEX pass rates in the nation and have a 97.2% acceptance rate. So you could almost guarantee to get in, if you meet the requirements, and pass the NCLEX. It's not a bad school to consider.

5. University of Iowa College of Nursing 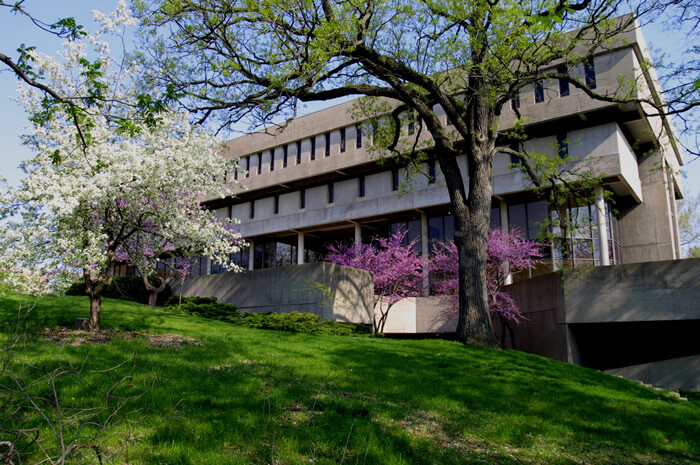 University of Iowa College of Nursing landed among the best nursing graduate schools for 2019 in a U.S. News and World Report. Though they have a good graduate program, they pride themselves on other aspects of their college. They strive to be the intellectual hub of nursing and further innovation and discovery; they develop new ideas for nursing care, possess national prominence in clinical genetics, and are known for the development of evidence-based guidelines for care that are used throughout the nursing community. 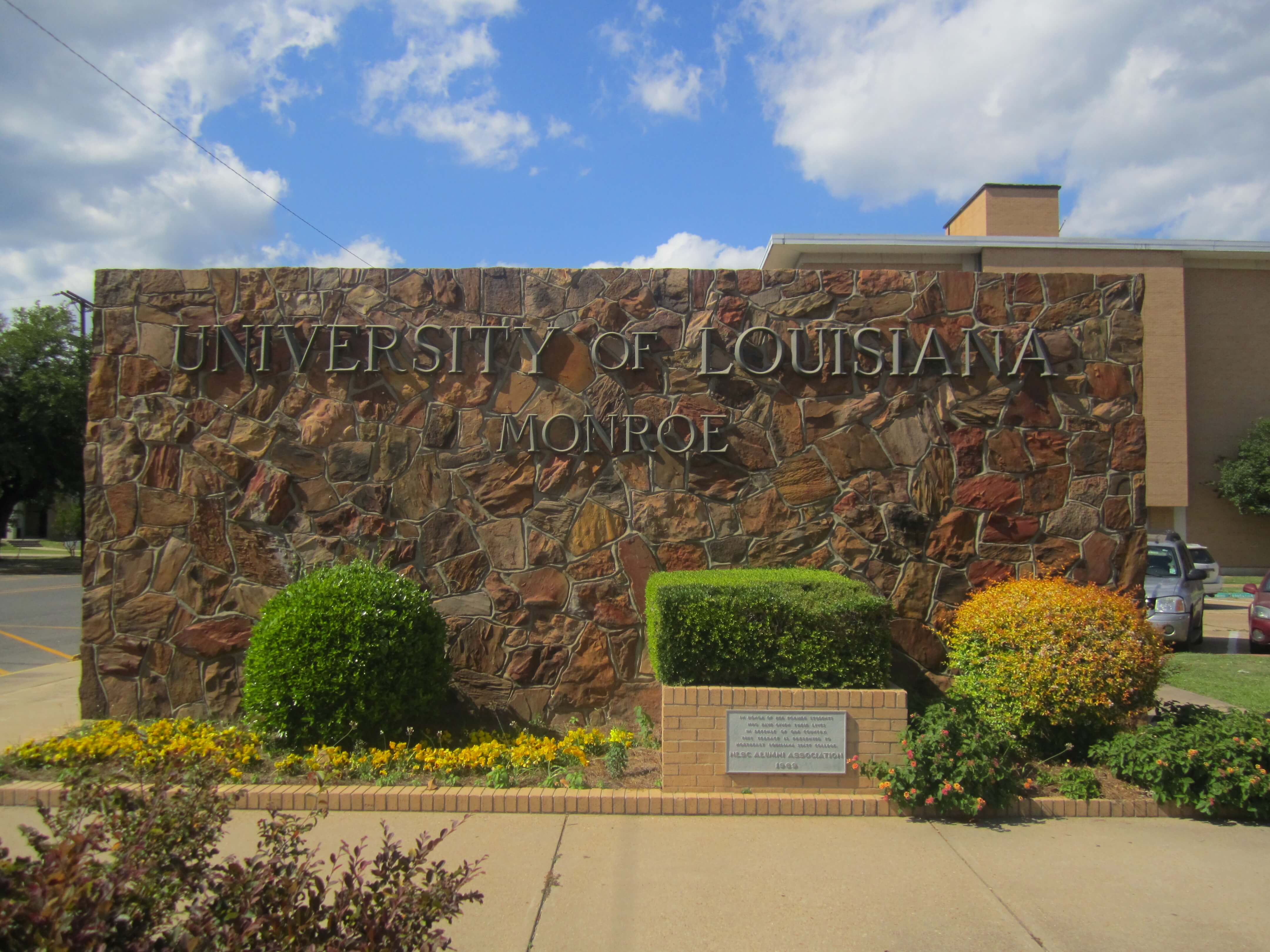 The Kitty DeGree School of Nursing prepares their nurses to work in a variety of healthcare environments. They pride themselves on having nurses with backgrounds in history, English, science, and arts and adapt their experience to their nursing education and practice.  They also boast graduates who have scored perfect on the NCLEX on five different occasions and have a NCLEX board pass rate that is among the top 10% in the nation. 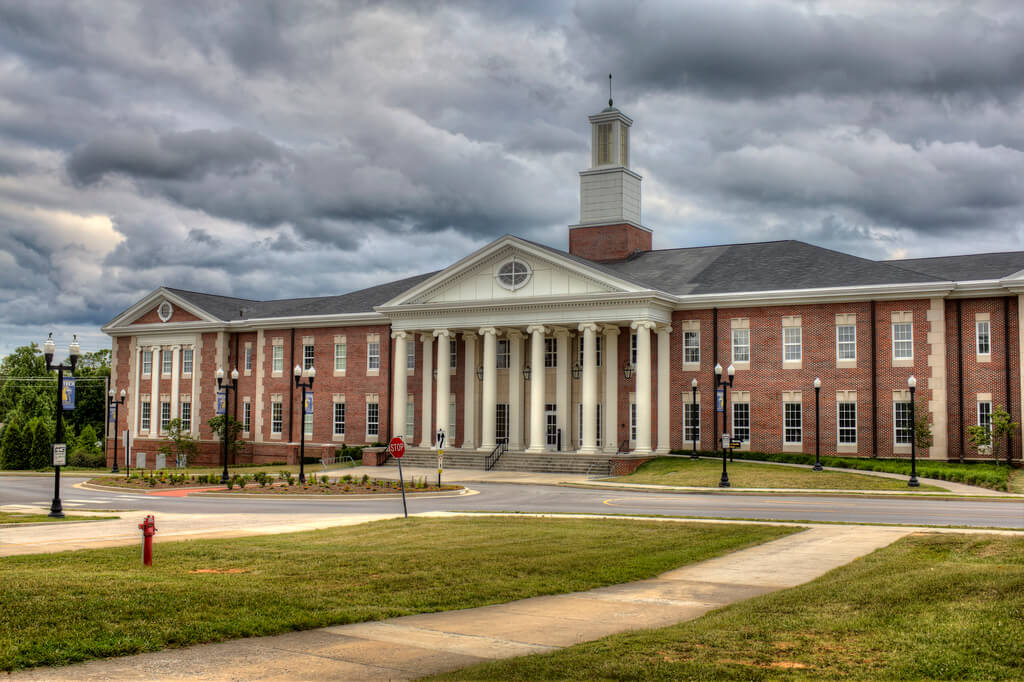 The goal of the TTU's nursing program is to prepare students to provide the best care possible to patients. They want to make their graduates leaders in rural and urban areas who are committed to the highest professional nursing standards and constantly staying current on global healthcare systems.

The school of nursing offers BSN programs, RN-BSN programs that allow those who have nursing credentials to further their education and be a part of the growing number of nurses with bachelor's degrees. They also joined the group of nursing schools that offer MSN programs and in 2004 became one of 5 schools in Tennessee to offer this degree.

As with every school, the price to attend is going up. If you are a resident you can expect to pay from $8,500-$15,000 depending on credit hours and where you live. If you don't live in-state, you can pay double that. TTU comes in the top 20% for NCLEX pass rates and has a 92.4% acceptance rate. 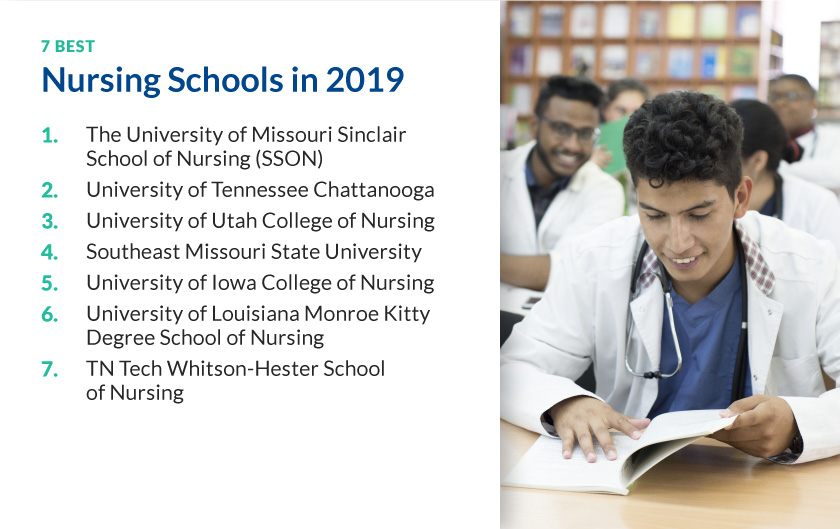 If you're looking at nursing schools for your first time, or looking into furthering your education, plan on putting some time in researching the best nursing schools before making a decision.

Of course there are more esteemed schools out there, and you can always try to get into Johns Hopkins or Columbia, but for the majority of regular people wanting an education to further their career, these schools are great and great for the money. Because tuition is getting insane, it helps to pick a college in the state that you live, but if you can afford it, go wherever you think best.