Best Cities for Healthcare Professionals to Live and Work 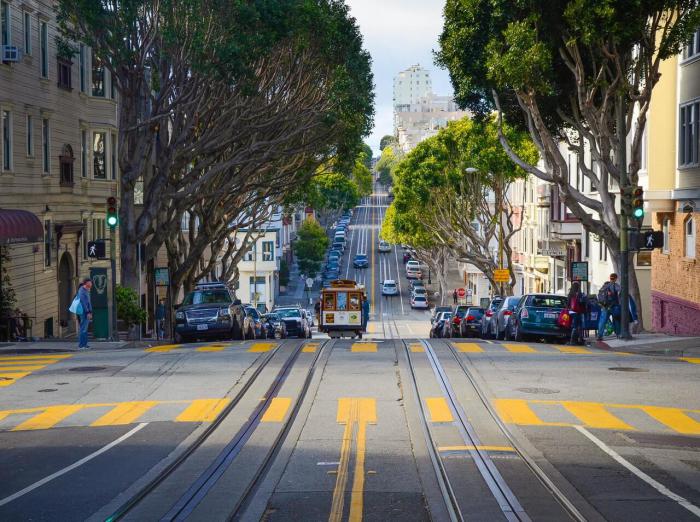 What do healthcare professionals look for in a city to call home? Will the answer surprise you? Perhaps you're thinking that with all the business healthcare gets, its employees would seek out some of the country's most sought-after places.

But there are many factors those of us not working in healthcare aren't aware of. For example, the range of places considered "best cities for doctors" includes Portsmouth, NH; Des Moines, IA; Flint, MI; and Las Cruces, NM--among others.

What an interesting range!

So, what really does draw healthcare professionals to one place as opposed to another? Keep reading as we discuss this.


Factors for Determining the Best Cities for Healthcare Professionals

The healthcare industry is growing so rapidly these days that many healthcare professionals don't even need to relocate to find the jobs they want and are qualified for.

Hospitals and other healthcare facilities compete to employ nurses and other professionals--and not just those at the top of the profession. And some categories of physicians can go pretty much anywhere they want as long as there are patients.

But for those interested in relocating by choice--for example, recent graduates or mid-career professionals looking toward retirement--the relocation criteria spelled out here could prove helpful.

So here are the ones we've identified:
The first three items above are straightforward and will be covered in the cities list that follows. However, the fourth, job density needs a little explanation.

Traditionally, job density has referred to the number of jobs in an area divided by the population from ages 16-64 in that area. New research methods introduced by the Brookings Institute have adjusted this formula to better characterize today's cities.

"While standard job density measurements assume jobs are evenly distributed across a geographic area, this study’s method looks instead at the concentration of jobs within smaller sectors of that area...

(This suggests) that there’s merit in jobs of all sectors being clustered together in a small area instead of spread out over several areas."

Our determination is based on multiple factors synthesized from various lists with different rankings and ranking criteria. Our information comes from the following sources:
We hope you'll agree that these sources represent a good variety of perspectives on the best cities for jobs in healthcare, with sources ranging from financial to statistics-based research reports to the healthcare industry itself.

Below are our Top Seven Cities. There are many more options than this, though. the larger point in this article is to provide examples of good types of cities to work in.

Note that these are listed alphabetically; they aren't ranked as there is too much difference among the cities to compare and contrast them.

Albany is New York's state capital. Counting its metro area, it's a larger city in upstate New York. It's home to several colleges and a large state university center. And it's home to Albany Medical Center, a teaching hospital for Albany Medical College.

There are a number of other hospitals and healthcare facilities in Albany and the surrounding communities. Thus, besides the healthcare options, one advantage of living in Albany is the well-educated population.

Cleveland is a larger city, situated on Lake Erie, that saw its first heyday during America's late Industrial Era, when manufacturing and immigration were institutions. We believe the Cleveland metro might b experiencing a renaissance today.

Not only is Cleveland very well known for its healthcare facilities--the renowned Cleveland Clinic plus several others--but it also has become a hub of cultural activity, with The Rock and Roll Hall of Fame, a world-class art museum, and several sports teams.

Cleveland's neighborhoods are attractive, with many restored buildings from the city's past. In fact, many older buildings, even factories, have been converted to mixed-use urban housing. Cleveland's climate tends toward the wet or snowy.

Houston is located on the Gulf Coast of Texas and is known for its oil industry. Its weather is hot and humid in summer and more temperate in winter. The cost of living in Houston is moderate.

Houston is known for its sports teams as well as its visual and performing arts. NASA's Space Center and the Downtown Aquarium are other attractions. It is home to the huge University of Houston and several smaller colleges.

Along with its cultural attractions, Houston is a short drive from beaches near Galveston Bay. Galveston itself is home to the University of Texas Medical School and the John Sealy Hospital.

Milwaukee is located on Lake Michigan's western shore. Like all of the upper Midwest, it is cold and snowy in winter, but quite comfortable in summer. The Milwaukee area is home to several professional sports franchises.

Milwaukee is also noted for its medical centers and hospitals, including Froedtert Hospital and the Medical College of Wisconsin, Aurora Sinai Medical Center, and Aurora St. Luke's Medical Center.

The University of Wisconsin Medical Center in Madison is just over an hour's drive, making the Milwaukee-Madison corridor along Interstate 94 ideal for two-career couples.

The City of Norfolk is home to a huge naval base, and the Norfolk area could not possibly be closer to the Atlantic Ocean and the Chesapeake Bay.

Norfolk and the surrounding communities are home to some very fun things--besides the many area beaches, that is. Norfolk has a zoo, an art museum, a large maritime museum, and botanical gardens.

Norfolk is a well-educated city, home to several colleges as well as the Eastern Virginia Medical School and Sentara Norfolk General Hospital, the region's primary  only Level One trauma center. There are also several smaller hospitals in the region.

Anyone who's lived in Eastern New England will tell you how expensive a region it is to live in. So anyone who went to college or medical school in Boston won't be surprised by the cost of living in Portsmouth.

Portsmouth certainly is expensive, and this is due to its proximity to Boston--but also to its historical charm and closeness to the Atlantic Ocean.

Nearby places such as Dover, Somersworth, and Rochester enjoy a lower cost of living, as do other locations a bit farther inland.

Nearby Durham is home to the University of New Hampshire, which does not have a medical school. However, numerous hospitals and other healthcare facilities are located throughout the seacoast, central New Hampshire, and into Northern Massachusetts.


Basic Facts About Portsmouth and the New Hampshire Seacoast

The city has hot, mostly dry summers and cold, snowy winters. The natural beauty in and around Salt Lake City is amazing! And outdoor activities abound there year-round.

There are many sites to see in Salt Lake City, such as the stunning Salt Lake Temple and Abravanel Hall. The city is known for its performing arts, perhaps most notably the Mormon Tabernacle Choir. It is also known for its festivals.

The home of the Mormon Church, Utah is known to be a very conservative state. However, Salt Lake City is said to be a "somewhat liberal"  exception to this.

Salt Lake City is home to several colleges and universities. Local hospitals include Salt Lake Regional Medical Center, University of Utah Hospital, Shriners Hospital for Children, and some others.


How Do You Feel About Relocation Now?

If you look at the lists we've used as sources, you'll see that there is little agreement among them--or with the list in this article. But each offers food for the thoughts of healthcare professionals considering the best cities for jobs.

There are no right answers here, just information. Ultimately, the people searching will determine where the best job markets are for what they do specifically, as well as places that appeal to them for other reasons.

When it comes down to it, the best cities for jobs are those that fulfill the whole person, not just the worker. Perhaps we should make our next article about this topic all by itself...

We're happy you've been reading our blog -- keep it up! And if you're still looking for your ideal healthcare job, keep a close eye on our position announcements.
Share: