10 Signs That You Should Quit Your Job ASAP 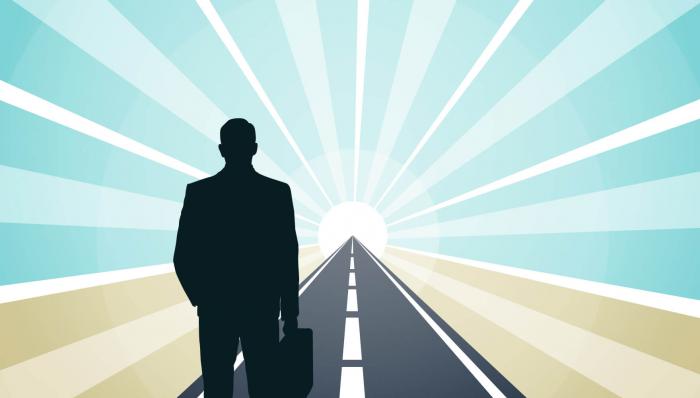 Are you having doubts about your career at your current company? Here are 10 telltale signs that you should quit your job before you end up spending too much of your time at the wrong company.

With most job seekers, once they've found a position, they aim to grow with the company and spend at least a year or two learning what they can from them. However, if you've found yourself in a situation where you've been with the company for longer than you'd like without any advancement, or the work has become stale, its probably time to be looking else where.

It can be tough to break what feels like a commitment, but the truth is that your relationship is purely business. In the labor market, you are the commodity and its important to know that you, and the skills you've acquired, are very valuable. Some employers romanticize the job they've hired you for, only to raise your expectations for advancement if you do a great job at what they've hired you for, only never to actually follow through.

10 Signs That You Should Quit Your Job:

1. Your Career Has Come to a Stand-Still

If you've been with the same employer for years and found yourself in a situation where you're stuck doing the same tasks without any new challenges, then its a good indicator that you should probably quit your job and seek out something new. This can happen when superiors fail to recognize the potential of their employees and don't trust them to take on larger responsibilities.

Advancement opportunities sometimes seldom open and, if you're building your career, you definitely want to be with an organization that takes you into consideration. When management doesn't have faith in their employees enough to consider them for promotions, it can lead to several other signs you should quit your job on our list.

2. You Despise Just Going to Work

Most of us that work the 9-5 love it when Friday rolls around. But if you are giddy with excitement at the thought of being off work for a couple of days, much more than your coworkers, take it as a sign that you should quit your job. If this is you, then when Sunday afternoon rolls around, you're probably dreading even going to bed because you know what you have to do when you wake.

Some reasons for this can be the coworkers, the nature of the position, the management, feeling unappreciated, boredom, a lack of upward mobility, lack of pay, and many others. Try to evaluate your situation, and pinpoint why you despise Mondays so. Consider if the problem is something you can fix yourself, or if there's something your employer can do to remedy the situation. If not, its time to start your search.

3. You Are Continually Unchallenged

You would not be the first person to find themselves doing the same, mundane task that they've been doing day after day, month after month, year after year, without any real challenge at this point. If sharing what you've learned with the newbies isn't enough to keep you satisfied, and feel as though you are being underutilized in the company, its time to speak up and let management know how you feel.

Hopefully, you'll be given several opportunities to show that you've got what it takes to step it up to the next level. Just be sure that, give the chance, you're prepared for whatever they have to throw your way. Blowing the chance could solidly land you in the "no" pile for advancement in the future.

4. You Aren't Using Your Skills to the Fullest

This point ties back into #1 since it has to with the failure of superiors to see the potential of their employees. If you feel that you've got much more to offer than what you've been assigned, have a chat with your superiors and see if they're willing to put you on something that tests your skills and makes you feel challenged.

5. The Company Hasn't Invested in You

Were you brought into the company with high hopes and big expectations, only to be in the same position for longer than you'd anticipated. This is something that most people have dealt with at least once in their lives, and its a definite sign that you should quit your job.

Why? If they're content with leaving you in the same position and offering no form of advancement or training, don't expect to ever be considered. They've probably written you off as a potential candidate and you'd be better off finding a place that appreciates what you do enough to invest in you and your future.

6. Your Employer is Headed Nowhere, or Worse

Do you see your employer making drastic changes or decisions that are actively driving the company into the ground? It's probably time to abandon ship. If you get out early, you can avoid the crash and burn of massive layoffs and be more prepared than your coworkers who lack foresight.

If your goal is to advance, don't expect to if your company is merely stagnating. When searching for a new job, look for companies who's culture you think you'd fit in well with and that's on an upward trend in growth.

7. You Have No Work-Life Balance

With some salaried positions, you can be expected to work 50 - 60 hours per week, even if, when you were brought on, they insisted that it was a 40-hour-per-week gig. If they've not kept their promises and expect for you to be able to work all hours of the day, they probably don't have much respect for your personal life. You may feel obligated toward them for hiring you, but employment is usually based on a contract.

If you still want to stay with your company, politely remind your superiors that you were hired on for a certain number of hours or period of time during the day or week, and ask them to please adhere to the agreement. If they refuse, its time to go.

8. There's More on Your Plate, But Less in Your Pocket

Being paid the same amount and having additional responsibilities dumped on you is practically the same as being demoted. Think about it. You're paid to do a job, and you signed on to do that specific job and the responsibilities it entails. If you find yourself constantly crossing over into new areas and tasks that aren't in the norm for your profession, you probably need to have a conversation about the nature of your employment.

This is one way that employers can try to walk over their employees and is a reflection of the lack of respect they have for you and your worth. Don't sell yourself short. If you're doing much more than what was originally required of you, speak up and work out a new deal with them. If they don't offer to remedy the situation, its a good sign that you should quit your job.

9. Stress is Taking a Physical Toll

Stress can have many adverse physical effects on the human body, from muscle tension to high blood pressure. If you're experiencing physical symptoms of stress, it is imperative that you remove yourself from the situation as quickly as you can. Don't linger in an environment that can literally shorten your lifespan.

Try to identify what's causing you the most stress, if you want to stay with your employer, and let them know what you need to be relieved. If not enough changes and the problem continues, its probably time for you to start searching.

You once fit in perfectly with your peers and the culture in which the company adhered. Now, however, the people you once were friendly with are no longer around, there's a sense of hostility toward you, or the culture has shifted in such a way that you do not align with it any longer. This can happen, particularly if you've been with your company for an extended period of time.

If you're experiencing any of these and don't see any real solutions, its probably a clear sign that you should quit. In environments like these, there's little chance for you to advance, and your time is valuable and limited. Don't waste any more of it at a dead-end job.

Quit a job recently? Tell us why in the comments below!