How Much Do Pediatric Nurses Make? 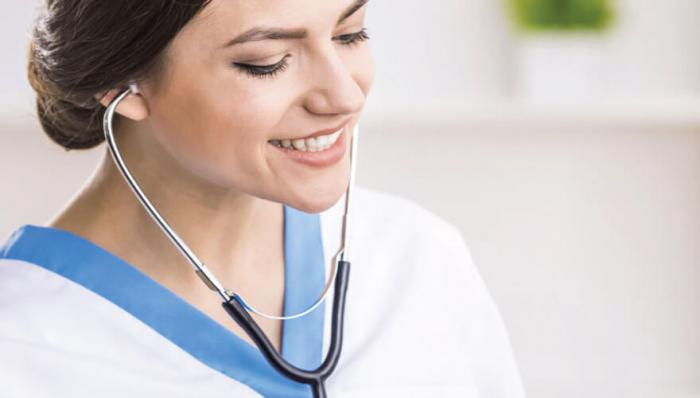 If you’re asking “how much do pediatric nurses make?”, then you’re likely considering the occupation as a career. This article takes an in-depth look at job growth and salaries of nurses over the next decade.

Pediatric nurses play a critical role in the healthcare field by directly caring for the injured and/or ill, and their skills have only become more valuable since the inception of the Affordable Care Act. With the expansion of healthcare coverage and an aging population, the need for more nurses in the future is greater than ever before.

If you’re considering a career in healthcare, now is a great time to consider nursing as a career. As new patients gain coverage and flood hospitals, demand for nurses and other support positions is climbing and is projected to continue over the next decade, employers are willing to pay higher salaries to attract skilled nurses.

How Much Do Pediatric Nurses Make?

How much a pediatric nurse can make via salary can vary dramatically depending on several factors, including location, age, experience, education, skill-level, type of position and several others.

As represented in the graph below, pediatric nurses without any further specialization can expect to earn a median hourly wage of $30.31, or $63,051 per year. 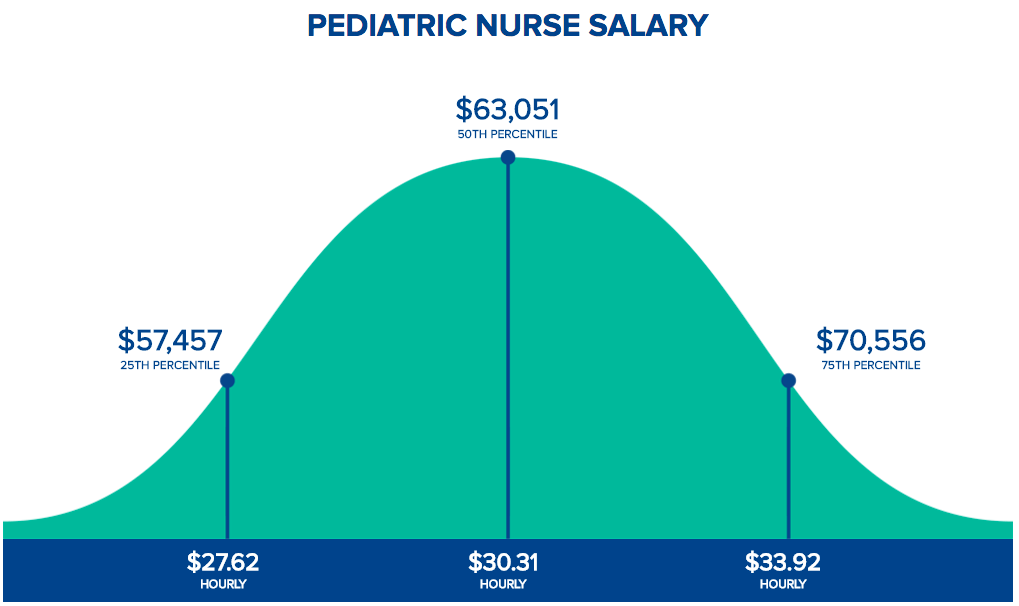 However, you can directly influence this figure to increase your income well over six figures by going further in your education and specializing in a particular area, doing consulting work, or working as a contract or self-employed nurse.

In order to become a pediatric nurse, students must pursue a either an associate’s degree in nursing or a bachelor of science degree in nursing (BSN) which will generally take 2-4 years of your time. The return on investment for nurses will ultimately vary based on the individual, their circumstances, and whether they intend to pursue a specialized nursing degree such as becoming a nurse practitioner.

A nurse who pursued an associate’s degree and goes straight onto the job market after two years can be completely debt free only a few years later, but will be limited in their earning potential when compared to nurse practitioners who can earn up to twice what an RN does. The potential for earning more also comes with the increased risk of higher debt.

Regardless of which path you choose, with a projected 2 million new nurses being employed between 2016 and 2030, you can be confident that your job security is among the best in the country.

Employers must pay workers residing in states like California more than those in Tennessee as are willing to pursue a career which requires years of education only to make a lackluster wage for their area.

The Bureau of Labor Statistics collects salary and employment data for nearly all positions, nationwide. The following table ranks all 50 states from the highest to lowest paying for nurses: